February 7 We explored for a trail up the SE corner of Rocky Butte with not much luck and retreated to ascend through the tunnel and then grabbed a well worn trail from there to the top. Then it was back down via the north road.

February 14 At 9 a.m. meet in Multnomah at Starbucks on SW Capitol

On the left the first map shows the whole hike and the second map shows our route as we attempted the summit from the SE, while the third map closes in on the center trail to the upper road. 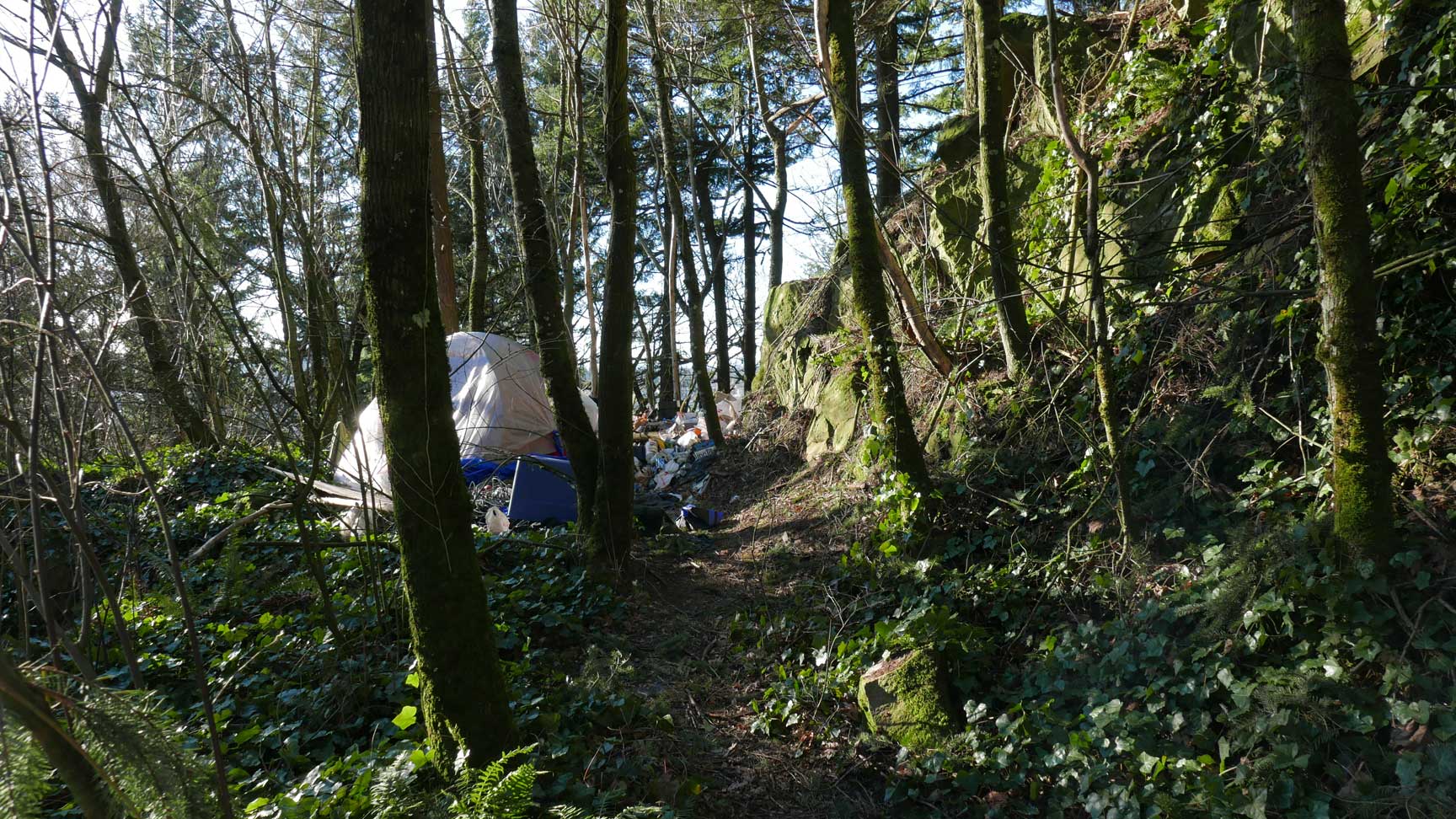 A campsite in the woods 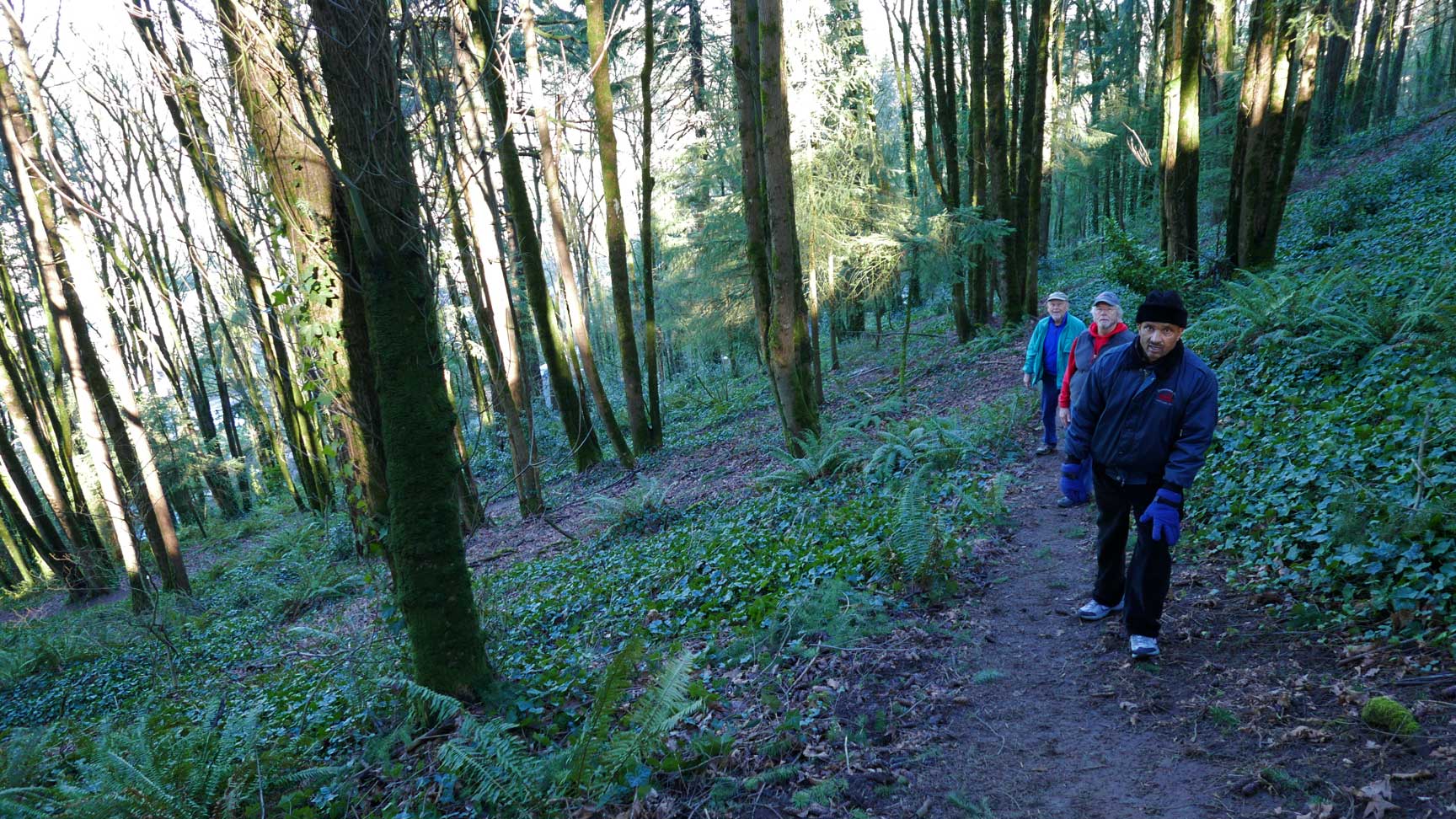 Into the light at the top of the Hill memorial 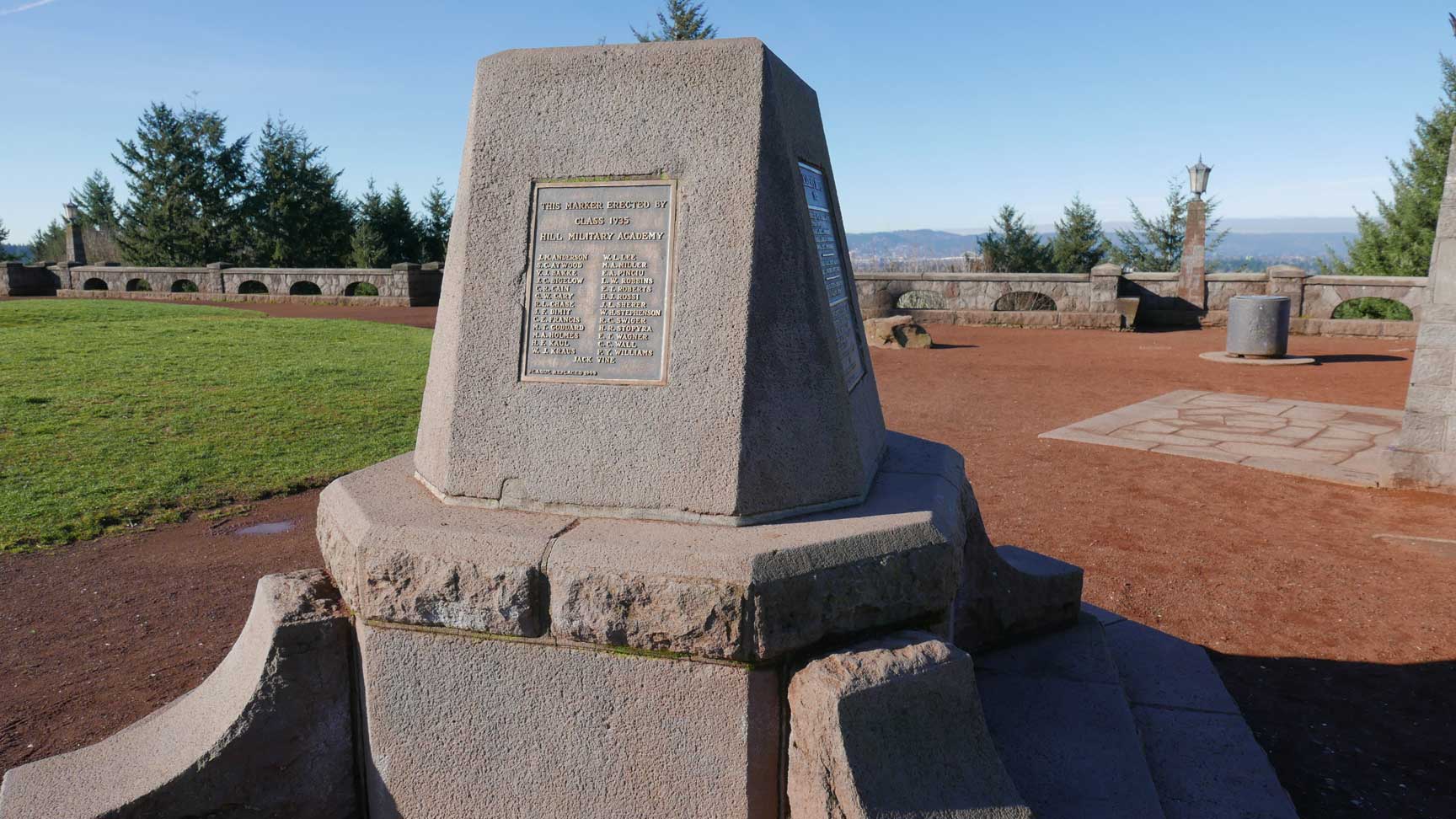 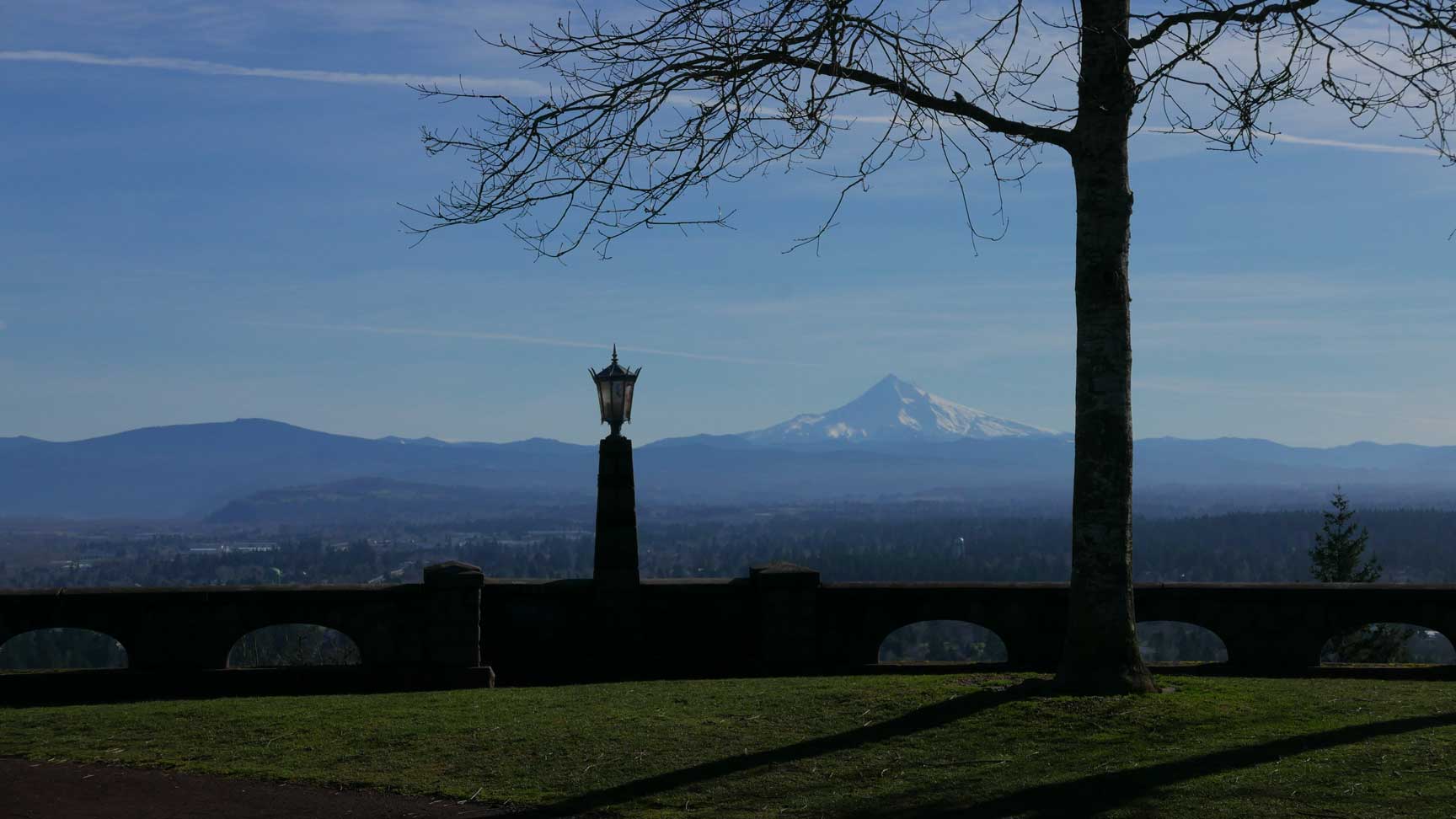 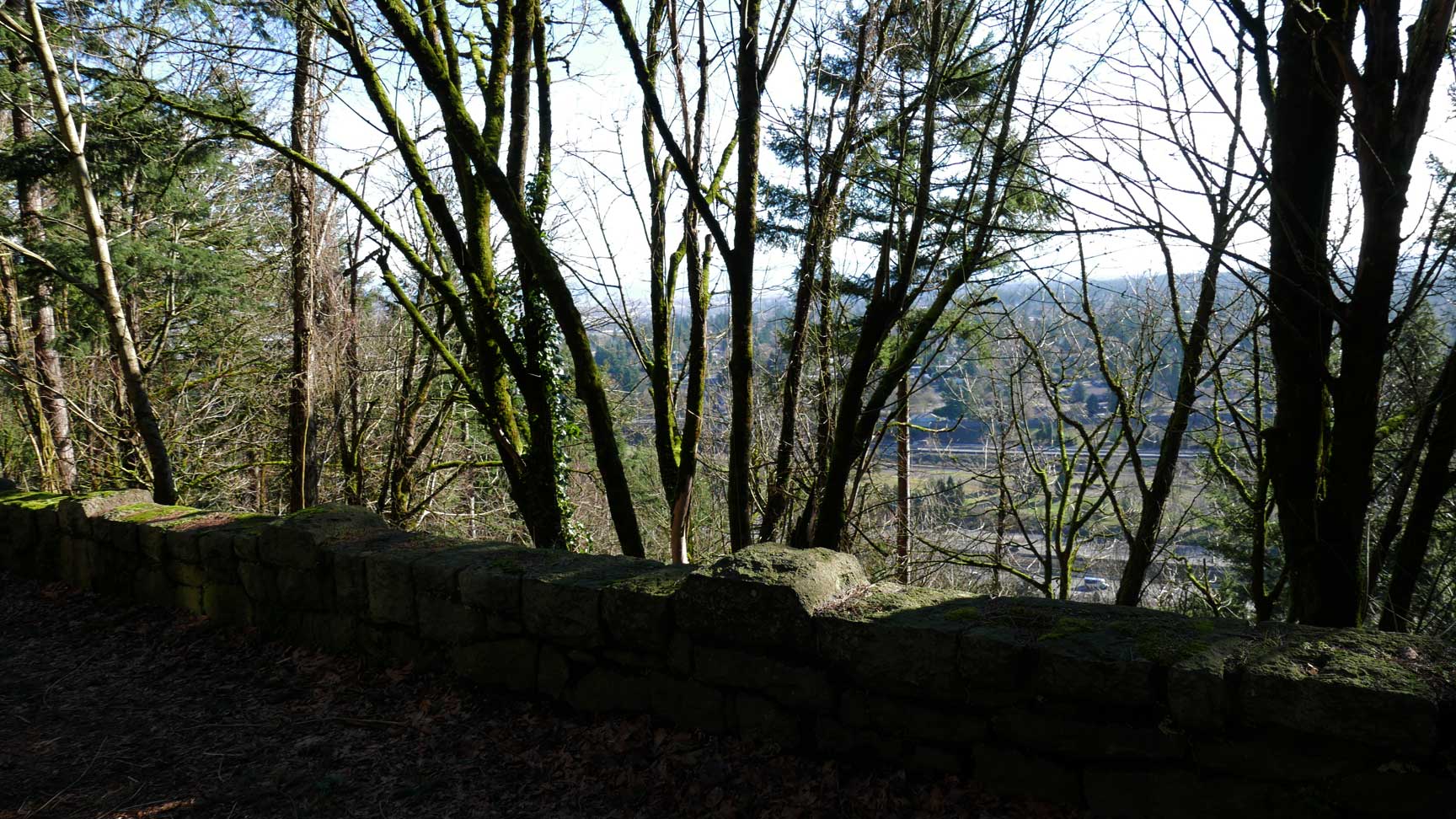 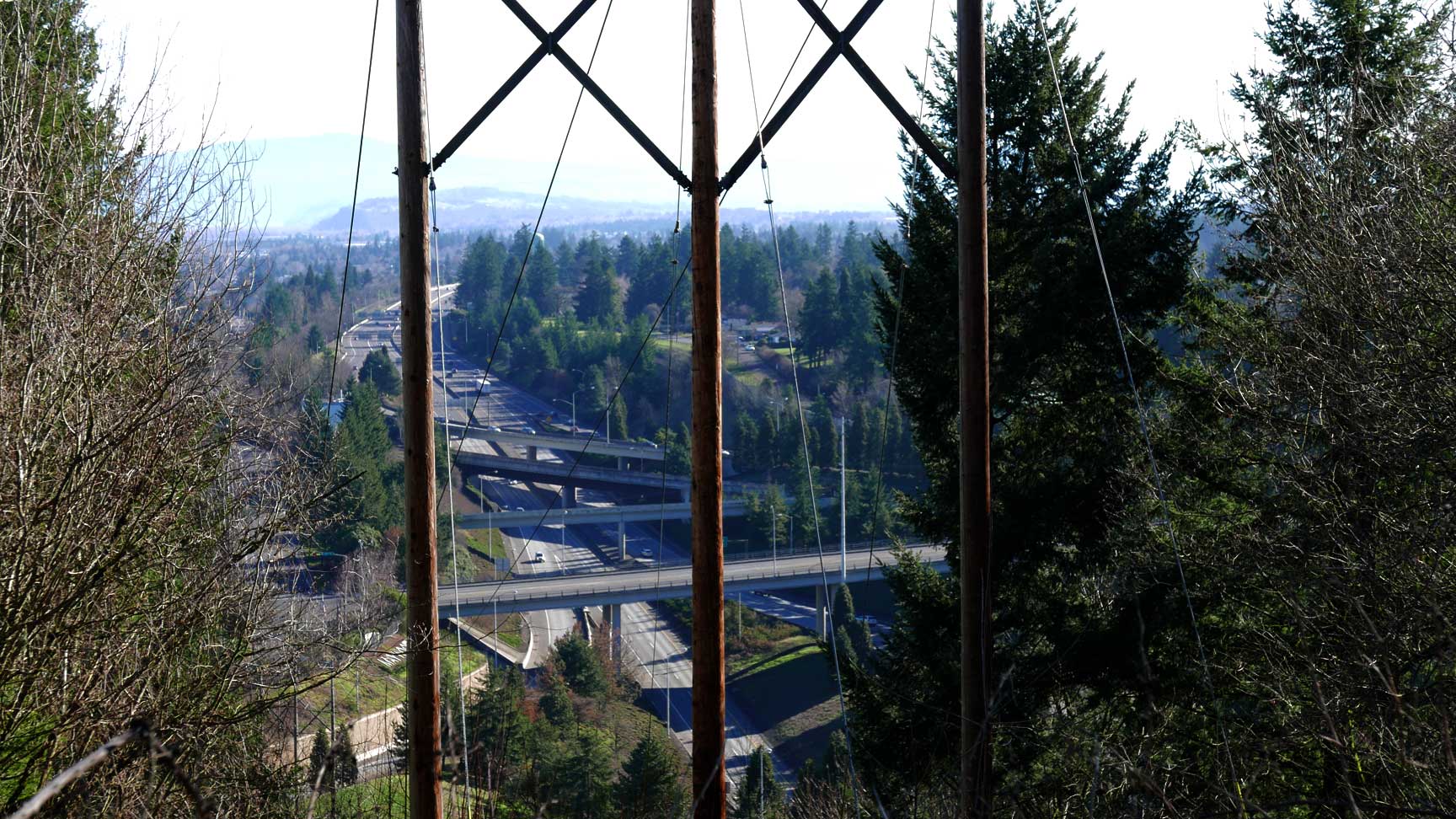 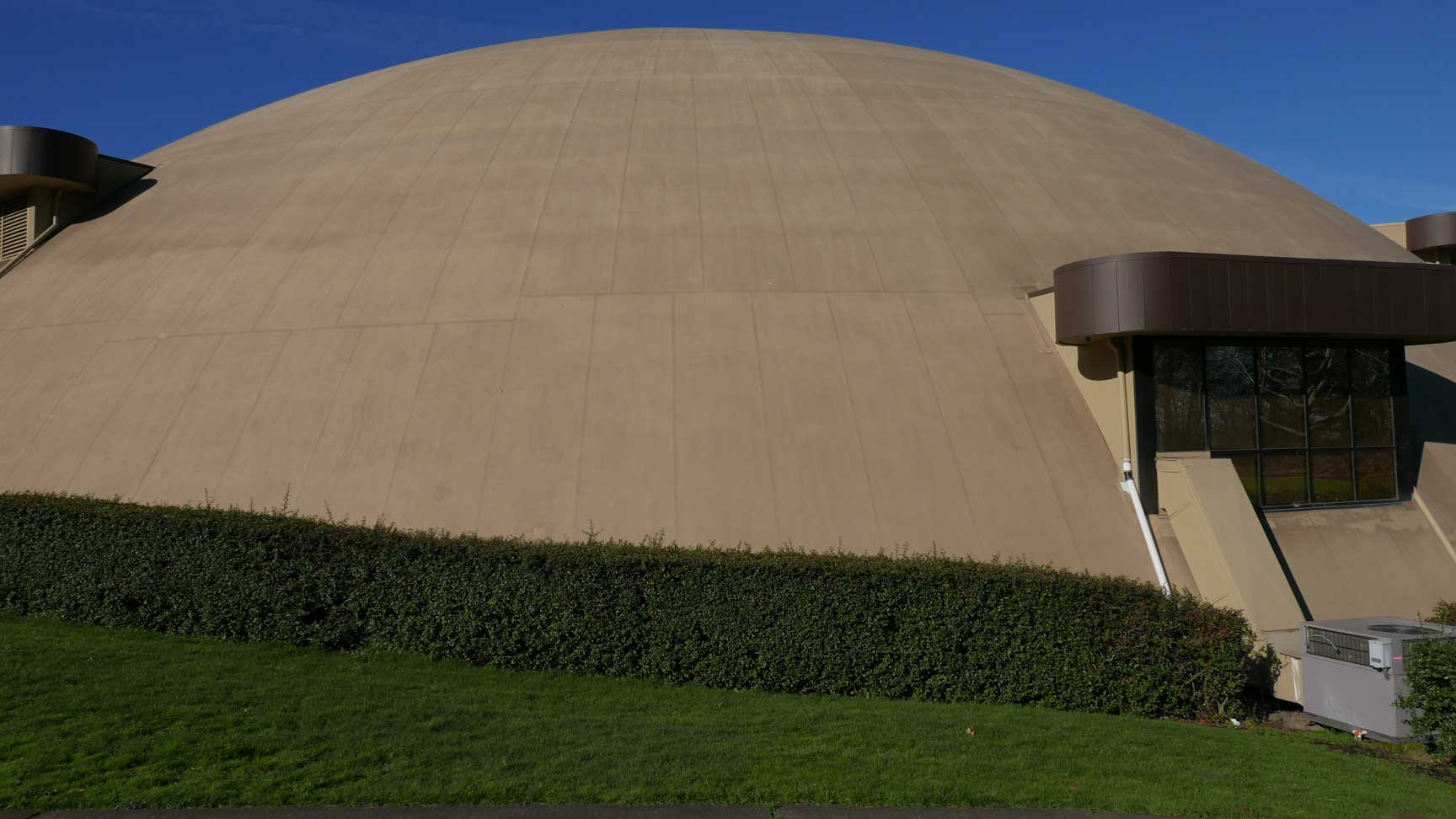